As our world changed drastically, seemingly overnight, investors are invariably looking for the best places to put their money right now.

Gatherings have been canceled and many of us are now working from home… if we can.

There are countless ways this crisis has affected each of us, and of course this has had a negative impact on our economy.

But, just as we have seen in other recessions, not all companies are negatively affected. In fact, many companies are positioned to thrive and even come out stronger after the crisis passes.

Just like with previous market downturns, here are 5 Stocks that are thriving amid the chaos due to increased shopping from home, tele-working, remote communication, and home entertainment.

In recent years, tech companies have seen a rapid shift to cloud services. 77% of enterprises, big and small, have at least a portion of their business running in the cloud. And now, with this massive move from offices to home, cloud based services are on the rise, and it probably won’t change when we get back to “normal.”

Salesforce is an entirely cloud based business that serves companies around the world, and in fact many companies believe that if they couldn’t use salesforce their company would come to a standstill.

Salseforce predicts that it’s projected yearly revenue will increase by 19.45% and grow to nearly $35 billion by 2024.

Of course, that’s not to say that the share prices for Salesforce won’t decrease due to the panic, but that’s exactly the kind of opportunity we’ve been waiting for.

This one may not come as a surprise to most investors, of course, Facebook being the world’s largest, most used social media network.

Over 2 billions people use Facebook, Instagram, and Whatsapp every month. Facebook makes 98.5% of their revenue through selling advertisements, and with the average user spending over an hour a Day on any of these platforms, this makes FB a virus resistant stock to consider for your portfolio.

With more people having to shop online and practice social distancing, FB and it’s associated platforms have been steadily increasing their average revenue per user.

And with FB’s 15 Hyperscale Facilities around the globe, this ensures it’s users will always have smooth access to their social media feed, and their advertisers.

DocuSign was one of the earliest companies to use some of the best digital technologies in the mid 90’s, but had a rough start, since most people didn’t really trust signing documents digitally.

But, over the years, companies have seen huge savings in time and money by using services like DocuSign. On average, a company can save $36 for every document signed via DocuSign and turnaround time is reduced by a whopping  94%.

Now, with more people working from home or not allowed to meet in person, more companies will be using services like DocuSign. Docusign already commands about 70% of the global market for digital signatures, making DocuSign the third top virus resistant stock to own.

This first one could be like buying Amazon in the 90s…

And both have the ability to set you up for life with a minimal investment!

This next company has been quietly making waves by partnering up with some big players, like:

The World Economic Forum has projected this tech to store up to 10% of the world’s GDP by 2027 or $8.6 Trillion dollars in New Wealth!

After studying Warren Buffett’s top 25 holdings, he has found that 21 of those companies are going “all in” on this hot new technology.

Forbes states that this tech will “transform everything.”

Click here to see this special presentation of  America’s #1 Investor is calling out to be The Tech Stock of 2020 and how you can be an early investor to maximize your earning potential and possibly set you up for life!

Bonus Stock #2: The Next Revolutionary Tech

Just because the above stock has the potential to be 32 times bigger than 5G, doesn’t mean that 5G is anything to scoff at.

In America alone, 266 million phones will be replaced with 5G capable phones by the end of 2020, not to mention Japan’s 107 million mobile users, or the 1.36 Billion people in India who are all expected to be 5G ready by the end of 2020.

As one of America’s Top Angel Investors, Jeff Brown, believes this is as close as you can get to a “slam dunk” investment, and it’s not for the reasons you think.

There is ONE little known company that holds the little piece of technology that allows for the massive worldwide roll out of 5G to happen successfully.

Huge companies like Sprint and Lockheed Martin are in hot pursuit of this little known company and a successful 5G roll out is part of a $1.2 trillion dollar initiative by the United States.

And, the current market conditions have made this technology not just nice to have, but a must have.

Millions of people are now working from home and business have had to pivot to serve their customers online.

It’s imperative that we have a successful 5G roll out, and this little known company has  the tech to make it happen!

Click here to watch this incredible video showing you how you can take advantage of the 2nd wave of the 5G roll out. Phase 1 has already passed you by, but you still have a  chance to get in early on phase 2. 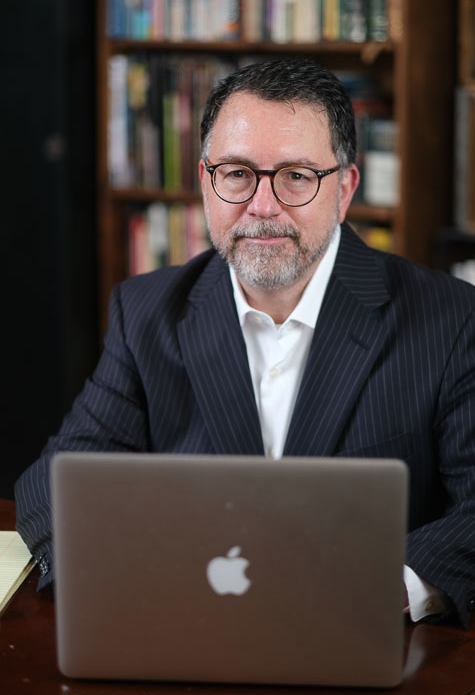 With 20 years of trading experience Pete knows what it takes to become
a profitable stock trader.

His firm Keystone Trading in NYC profitably traded over 500 million shares per month, with nearly 300 traders allocating his capital to the markets.