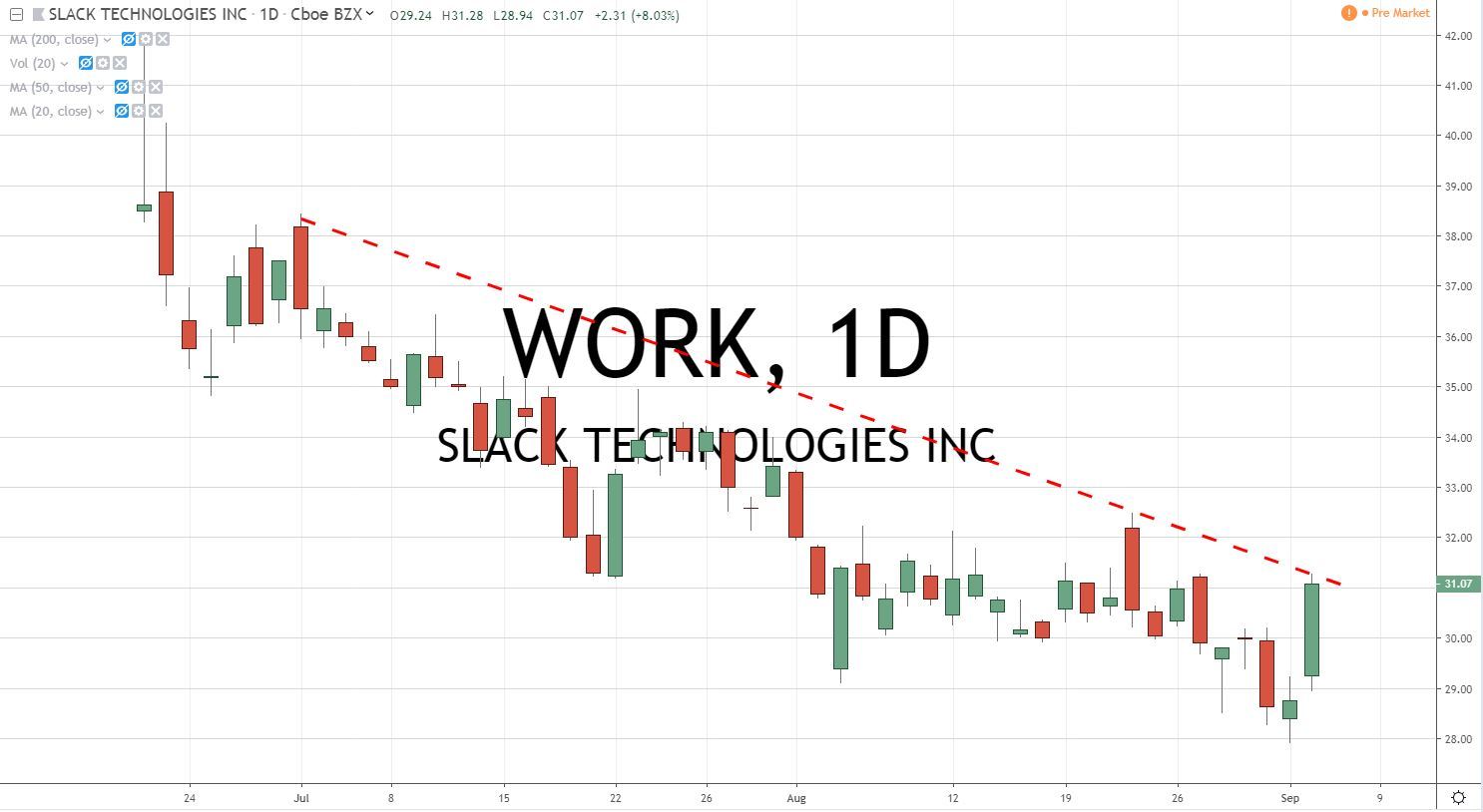 The SPY ETF appears ready to explode through the five weeks of resistance at the $294 level.

So what is the game plan? The conservative play is to wait for it to close above this level on the daily chart. To confirm that buyers are adding to positions as opposed to selling into strength.

The aggressive play is to trade the open range breakout to the long side. I'm looking to day trade but waiting for the first decline to look for an entry. The last 5 days have gapped higher or lower = massive indecision, so I will wait for confirmation for a new entry long.

The U.S. and China have raised tariffs on billions of dollars of each other’s imports, disrupting trade in goods from soybeans to medical equipment and battering traders on both sides.

Shares of Slack, maker of the popular workplace chat app, plunged as much as 16% on Wednesday after the company issued its first earnings report as a public company, briefly dropping below the reference price from its direct listing.

Buffett has been the source of some of the best investing quotes of the last half century or so. With that in mind, here’s a list of 100 of the best Warren Buffett quotes of all time that can help you with investing, personal finance, and life in general.

Why Chip Stocks’ Big Declines Are Far From Over

Chipmaker stocks, as measured by the Philadelphia Semiconductor Index (SOX), have been in turmoil recently. After reaching a 52-week high on July 25, 2019, the SOX plummeted by 13.1% to hit a recent intraday trading low just 11 days later on Aug. 5.

A Bloomberg article cited several gloomy notes from analysts. “We remain deep in a semiconductor downturn,” says David Wong of Nomura Instinet. There will be “no 2H [2019] demand rebound” for semiconductor companies…

Is Ray Dalio Betting Big the Stock Market Will Fall?