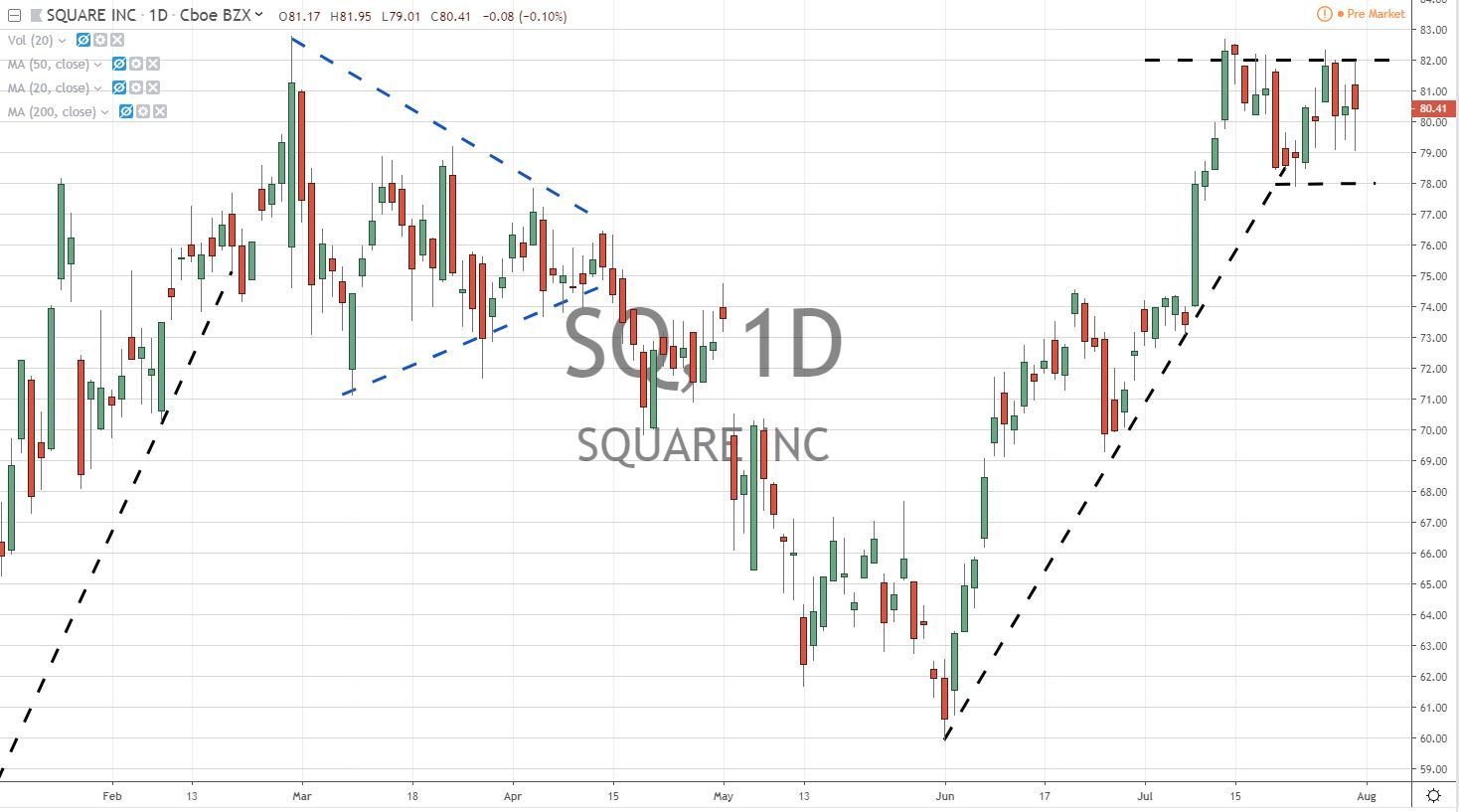 This scan is one of my favorites.

Seeks out strong stocks that have pulled back and closed on the lows. "Closed Down 2%" is a big part of the scan.

Many of the stocks meet the criteria but not all of them are good trades.

Simply being above moving averages doesn't make it an A+ trade.

Today we have 23 stocks that meet the criteria, see if you can pick the best trades for today.

Square Inc. is expected to give updates on its continued efforts to make money off its Cash App when the company reports earnings on Thursday afternoon.

Earnings: Analysts surveyed by FactSet expect that Square SQ, -0.10% earned an adjusted 17 cents a share in the second quarter, up from 13 cents a year earlier. According to Estimize, which crowdsources projections from hedge funds, academics and others, the average estimate calls for 18 cents.

China sees intensive contact with U.S. this month ahead of September trade talks

BEIJING (Reuters) – Chinese and U.S. working teams will be in intensive contact this month to prepare “good groundwork” for the next round of face-to-face trade talks in September, the commerce ministry said on Thursday.

Stocks plunge after Fed cuts rates for first time since 2008

Stocks plunged after the Federal Reserve decided to slash its benchmark interest rate by a quarter point, a highly anticipated decision seen by many as an “insurance cut” to hedge against hawkish U.S. trade policy and slowing global growth.

Some market watchers say it’s a turning point, one that could alter the layout of U.S. and global markets moving forward.

Cheaper mortgages are usually a boon to the housing market. But this year, a sharp drop in mortgage rates hasn’t provided much of a lift, and that could bode poorly for the Federal Reserve’s efforts to shore up economic growth.

Stocks for Breakfast | How to Pick The Stocks You Trade